BSU is open. Non-essential employees are mostly teleworking, and classes are following a hybrid model of in-person and online instruction.

The bulldog athletic mark should only be used in context of our athletic teams. When printed conventionally, it should be reproduced in full color, PMS 116, or black. 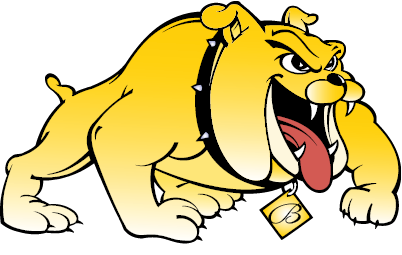 Do not use the BSU athletic mark for anything other than promoting our athletic teams. The mark is not a logo and should never be used as a substitute for the BSU logo.

Do not adjust the color or illustration of the athletic mark in any way.

Athletic fields and courts, athletic uniforms, fan apparel, and athletic promotional materials (such as flyers, posters, and other similar applications).