About 700 Bowie State graduates will receive their degrees in Spring 2022 and be honored during the university’s commencement celebration. A few outstanding graduates shared with us how BSU has prepared them for success. 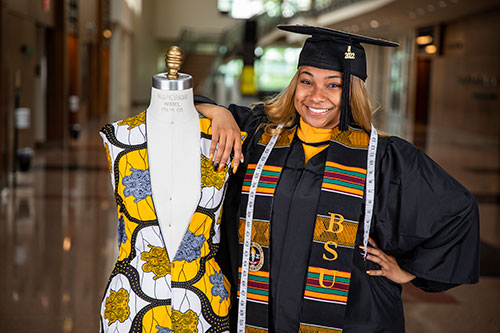 Chevyonne Armstrong is graduating with a degree in Visual Communication and Digital Media Arts with a concentration in Fashion Design and plans to pursue a master’s degree in costume design at Savannah College of Art and Design. As a student at BSU, Cheyvonne has honed her skills in television and film delving into wardrobe, styling and costume design for films such as Charm City Kings, The Available Wife and working with BET, BET+HER, Megamind Media and OCTET Productions; and also on music videos for artists such as Wale and J. Cole. 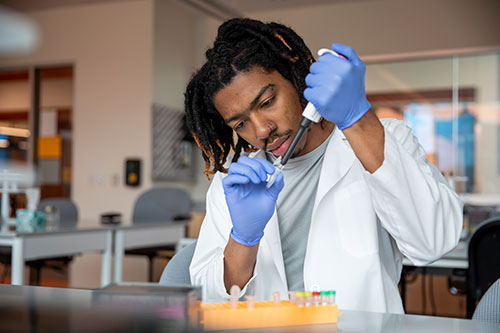 As Benvindo prepares to graduate with a bachelor’s degree in bioinformatics, he now looks forward to a career working in limb and organ regeneration. He has been accepted into the Ph.D. program in Cell, Molecular, Developmental Biology, and Biophysics (CMDB) at Johns Hopkins University. Read more about Benvindo. 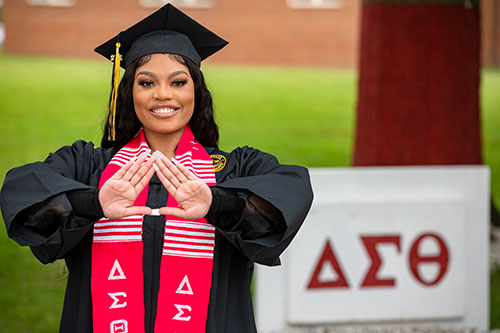 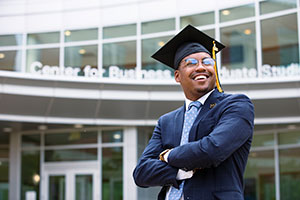 Clarevonte "Clay" Williams,  graduating with a Master of Public Administration, will work at a venture capital firm Squadra Ventures. During his time at BSU, he received the guidance and resources needed to grow his small business, Chesapeake Seafood Sauce, at the Entrepreneurship Innovation Center. Today, his product is available online and is also featured in the Bowie State cafeteria. 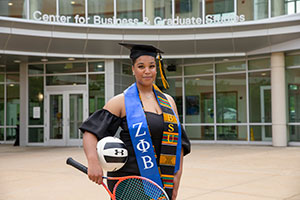 Student-athlete Bianca Tucker excelled on Bowie State's tennis and volleyball teams, all while earning her bachelor of science in business administration with a concentration in business information systems. After graduation, she will be interning in the IT department at the American Land Title Association. 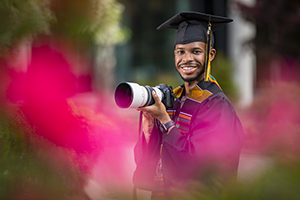 As a graduate of the Visual Communication & Digital Media Arts program, Derreq Player has taken his passion for photography and turned it into a career. The internships, student organizations and close friendships he's built at BSU have all prepared him to excel in his dream career. 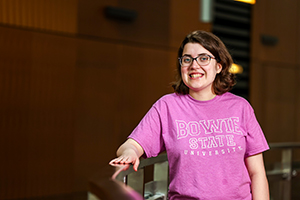 Hayley Yeager has learned about more than graphic design during her time at Bowie State. The graduating Visual Communication & Digital Media Arts major has also discovered effective ways to manage the impact of her Autism Spectrum Disorder (ASD) on her studies. And she’s used this knowledge and her skills to help educate others about students who learn differently.

As part of her senior project, Hayley created a 10-page comic book that introduces Khalifa Rose, an autistic teenage girl who is psychic and telepathic. In addition to drawing on her own experience, Yeager also researched ASD and comic books that include characters with the diagnosis. Read Hayley’s Comic Book. 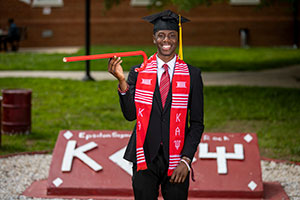 Ismaila Diakite, a brother of the Kappa Alpha Psi Fraternity Incorporated, has earned a B.S. in Sport Management. His next bold move is pursuing an MBA at Bowie State University. 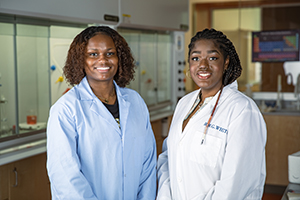 Jazmyne Scott (L) and Briana-Melanie White (R) are the first two graduates of BSU's chemistry program, housed in the state-of-the-art Center for Natural Sciences, Mathematics & Nursing. Both graduates landed jobs and will work side by side as scientists at MilliporeSigma.