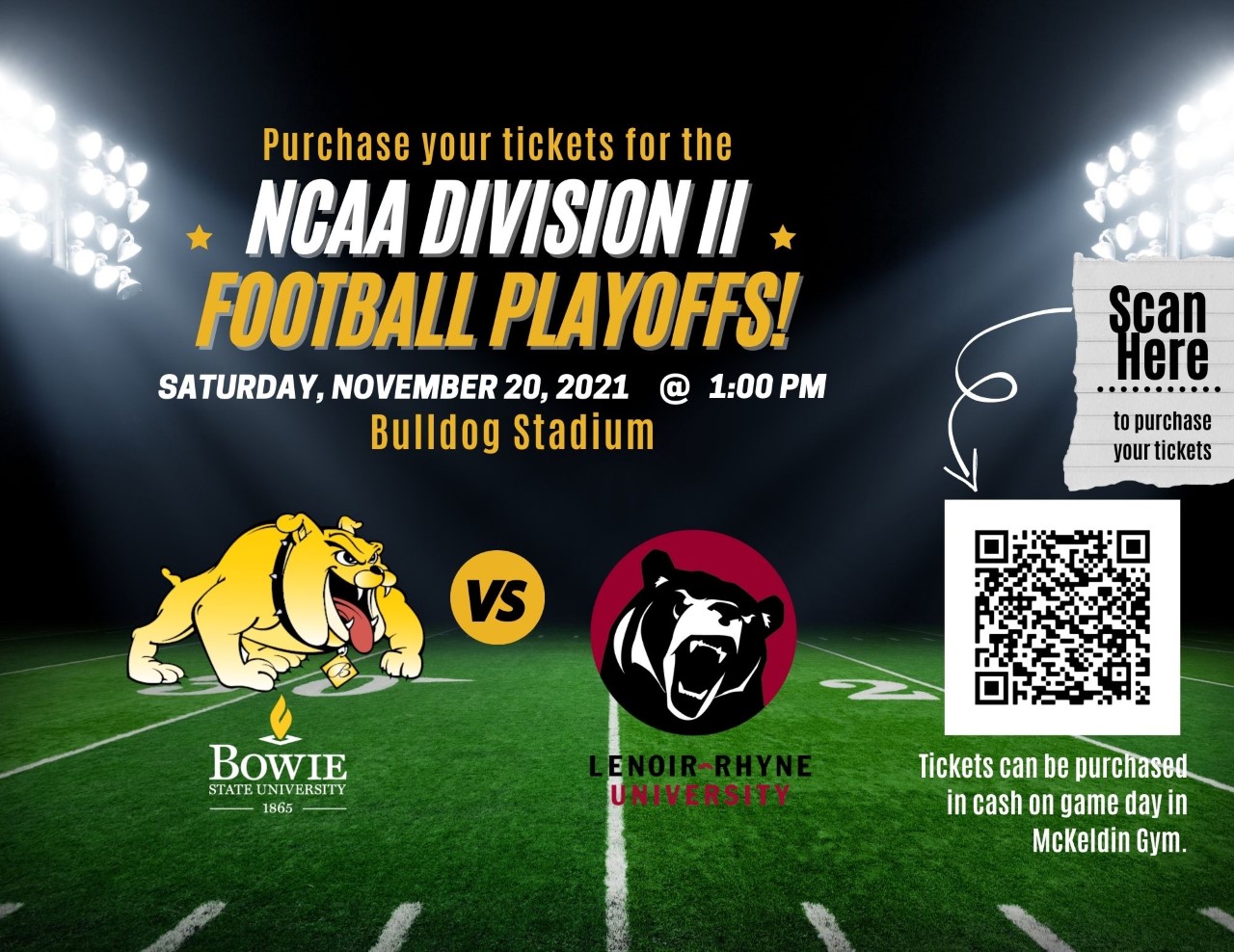 Cheer on the Bulldogs at home on Saturday, November 20! 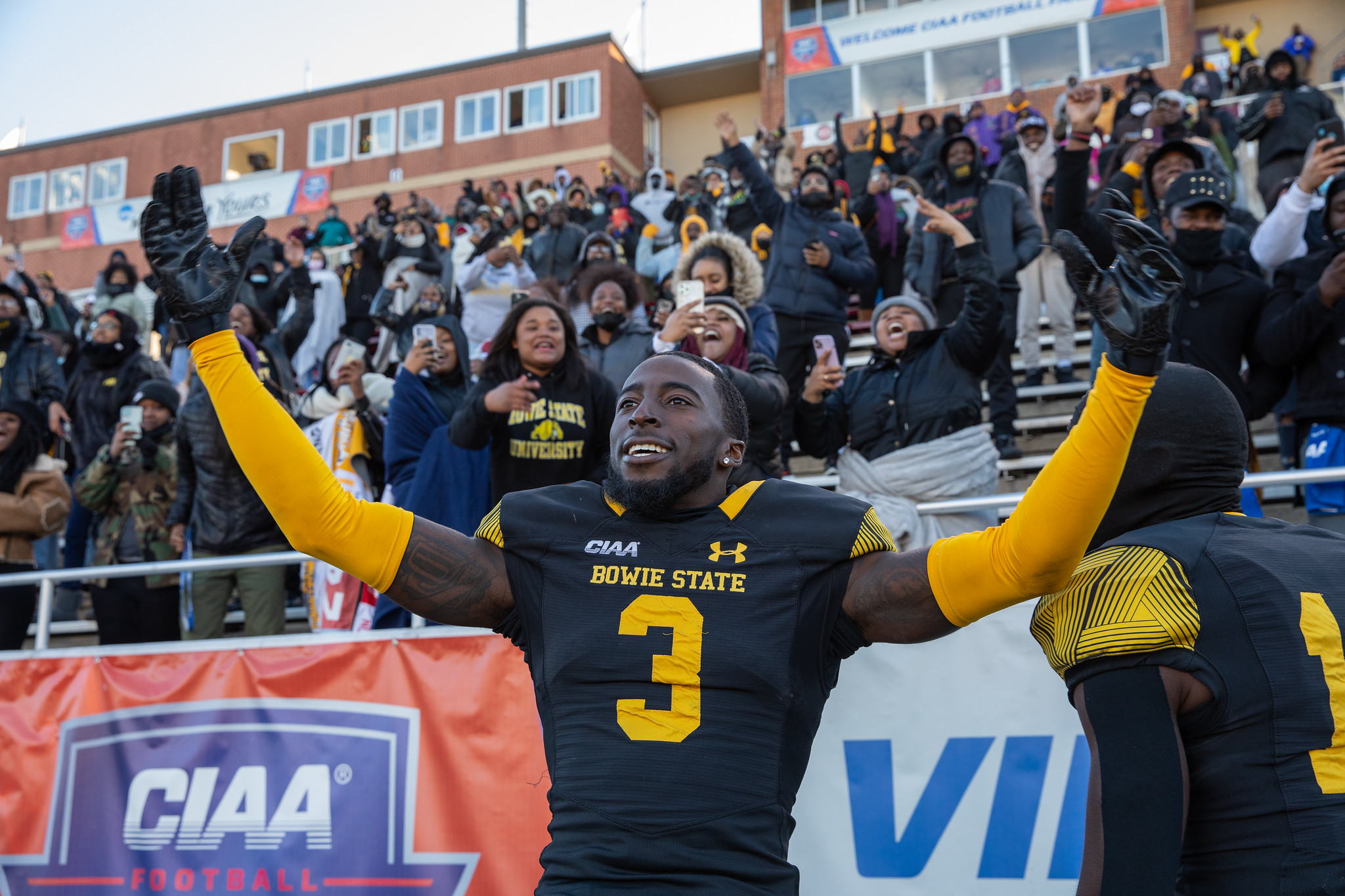 Bowie State (10-1) will host Lenoir-Rhyne (8-2) on Saturday, Nov. 20 at 1 p.m. from Bulldogs Stadium. The last time Bowie State hosted a NCAA playoff game was in 2019 against Carson-Newman University.

“It’s an honor to be able to host a NCAA playoff game against a very good opponent in Lenoir-Rhyne,” said Bowie State head coach Damon Wilson. “Our players and staff have done an amazing job all year to put us in position to play in front of our home crowd in a NCAA playoff game.”

With the Bulldogs’ third straight win against Fayetteville State in the title game, Bowie State became just the fifth school in history to three-peat and just the second school remaining to do so within the CIAA.

The Bulldogs wasted no time getting on the scoreboard after using a four-play drive worth 68-yards capped off by a 10-yard reception touchdown for Winder with 11:54 on the game clock. BSU scored again with under 50 seconds left in the opening quarter – this time on a nine-yard reception score for Olayinka that provided the Bulldogs with a 14-0 lead heading into the second quarter.

The Broncos got in the red zone after a pair of first downs from Avery McCall during the second frame but the Bulldogs’ stifling defense picked up a huge stop forcing FSU to turnover on downs. Following a turnover on downs for Bowie State, the remainder of the second quarter resulted in three and outs for both teams as BSU rode the 14-0 lead into halftime.

FSU had a chance to scratch the scoreboard but an attempted 33-yard field goal went right with 10:27 left in the third quarter. However, the Broncos did catch a break when Braxton Knotts scored on a 26-yard reception to cut the Bulldogs lead 14-7 heading into the fourth quarter.

A key defensive moment for the Bulldogs came at the 13:05 mark when Fayetteville State’s Ke’Mo Stockdale ran up the middle on a 37-yard pass, but Wolfolk stripped the ball and caused a fumble as senior Tevin Singleton (District Heights, MD) recovered giving the Bulldogs the ball on their 32-yard line. Although the Bulldogs did not score on that drive, that sequence switched the momentum of the game in favor of Bowie State. In fact, over the next pair of drives neither teams would score again until redshirt freshman Alen Omerhodzic (Bowie, MD) drilled a 33-yard field goal to lift the Bulldogs to a 17-7 lead which would ultimately seal the win for the Bulldogs.

For the most up-to-date information on Bowie State University Athletics and its 13 varsity sports teams, please visit www.bsubulldogs.com.